A fundraiser at Elliott Management has asked Duke Energy to consider a split in the three companies, and call on the general public to start working on the biggest project in the US.

Elliott said he took an undisclosed stake in the Duke, which empowers 7.8m people in the southeastern and midwest, and in a letter he told administrators on Monday criticized “building the empire”.

“Based on our analysis of Duke’s businesses, we believe that Duke should reconsider its implications for tax segregation in three local working groups: Carolinas, Florida, and the Midwest,” wrote Elliott Jeff Rosenbaum, general history manager, and Jesse Cohn fellow supervisor.

Elliott – a $ 42bn fund that has gone to BHP, SoftBank and Whitbread, among others – says the review should be led by an independent committee, including independent regulators, with the help of external consultants.

The hedge fund did not specify the size of the Duke, first reported by The Wall Street Journal. But it did say it was a top 10 Investor.

Mr Duke said he had also reviewed the idea, which he said was the latest in a series that Elliott reported from July 2020.

“Overall, Duke Energy’s management has re-evaluated their views and found that they are not in the best interests of the company, which they are sharing with everyone else,” Duke said.

This letter twice a week

Energy is the most important business in the world and Source is its story. Every Tuesday and Thursday, directly in your email, Energy Source brings you important news, future analysis and insights. Sign in here.

It also experienced the “mixed effects” of the hedge fund in the support sector, where it has previously worked for Sempra Energy, FirstEnergy and Evergy.

“The prices of these products have disrupted the business to this day since Elliott took part, establishing an unparalleled track record for stocks,” Duke said.

The brutal public exchange represents a war of attrition for those who share the legitimacy of Duke’s ideology and his dealings under long-time boss Lynn Good.

Elliott stressed that despite having a very good track record, the company has experienced “many challenges in the workplace and cost savings and a crisis in the last decade, which has devastated all shareholders and customers”.

Among the “errors” Elliott cited was the termination of the Atlantic Coast Pipeline, a 600-mile oil pipeline being developed in conjunction with Dominion Energy. Work fell last year after a short delay and legal difficulties sent a rise in prices. It resulted in a $ 2.1bn written by Duke.

Elliott also mentioned the cost of pouring coal-fired ash in 2014 as well as what was said and finding the “high cost” of Piedmont Natural Gas in 2016.

The company, Elliott said, “is more focused on extending its operations than it is about operating and selling money wisely, which leads to the perception among the company’s supporters that the Duke is ‘building empires’ and destroying shareholders”. 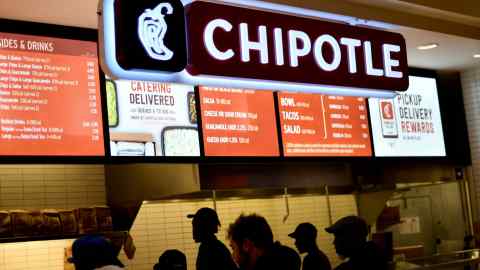 The split could generate between $ 12bn and $ 15bn a “near-value-looking line” for shareholders, the hedge fund said.

Duke shares rose 0.7% in the fall market on Monday. The company last year rejected an joint venture from NextEra Energy, a Florida retailer and producer of electricity, according to an expert negotiator.

The Duke move is the second thing Elliott has built to be known in a month’s time. The hedge bag reassembles the the value of billions at GlaxoSmithKline, to launch a possible war on the future of drug users in the UK after failing to do well with their peers and lagging behind in the race for the Covid-19 vaccine.